Last week someone released a knockoff of Rebuild for the iPad. When I contacted them, the publisher politely said it was a mistake and took it down immediately, but it reminded me of what’s at stake if I take my time with the sequel (which will come out for iPad as well as Flash).

It also got me thinking about the topic of clone games, which have always bothered me, but I find it hard to pin down exactly what constitutes a clone and why I find them offensive. The conversation tends to gets heated when the topic comes up, but I think it’s important that we talk about it all the same. It’s going to buzz around my brain until I do so I decided to look at some examples and ask some questions.

The Rebuild clone is an extreme case and it’s been taken down, but I’d like to start with it. The gameplay was the same, the art was better but strikingly similar and the events were rewritten in different words. Perfectly legal, except that they named it “Rebuild” which was probably an accident. I think it’s crazy that someone could spend so much effort to produce a beautiful and polished game while skipping the fun part of designing the gameplay. I imagine profit must be the only motive, but I’m not sure. I am sure that it shouldn’t have been legal.

There are good reasons why you can’t copyright gameplay. Gameplay is hard to define, and borrowing ideas from earlier games is an important part of how genres evolve. I agree, it would suck if someone owned the copyright on aiming with a mouse, or levelling-up a character, or if Square Enix could sue you for using the FFVII class system in your vector-based robot platformer. I’m happy anyone can iterate and expand on ideas from other games, but there’s a difference between that and being a total, shameless knockoff.

After Colin wrote Contraption, he started negotiations for an iPhone port with a developer but it fell through when Colin realised the deal they offered was rediculously out of scope with the industry standard. Three months later they released a nearly exact clone of Colin’s game with a pretty graphical makeover, almost beating our real port to the iPhone market (free tip: before you deal with someone see how many outstanding law suits are pending against them). Apple didn’t take it down, but (with our publisher inExile’s help) they did feature us and the clone got buried.

The situation was unusual because Colin new the cloner and suspects they’d already started on the game (as an official Contraption port) before negotiations collapsed. It might have held up in court if it had been worth suing over, but I’m really glad we didn’t have to find out.

Don’t rely on Apple to make any moral decisions regarding knockoffs. They’ll take something off the App Store if it violates copyright, ie if it uses your name or characters or graphics, but they’re slow and don’t reply whether they decide to act or not.

It’s interesting that this sue-happy company can so easily throw their weight around to enforce copyright on a 30 year old title. I guess the system does work for some people. But I wonder if Tetris is so well known that it should be considered a genre in itself, gameplay in the public domain. Did any of the unauthorized games combine new and interesting concepts with our beloved block game?

Facebook games all look the same, to someone uninterested in spamming her friends every time she grows a tomato. Talk about shameless mimicry! Consider Zynga‘s multi-billion dollar line of clones: FarmVille, PetVille, Café World, Mafia Wars. They wait for a game to be successful, copy it to a T, then aim their firehose of players at it – ka-ching! They must have a strong sense of irony, because now Zynga’s threatening to sue people for using “-ville” in their game names.

Granted, they’re not the only ones at it, and Zynga is spectacularly good at optimizing games to maximize virality and revenue. Did FarmTown lose money when it got cloned, or did the sudden popularity of farming games bring them new players? Is there room in a player’s feed for two (or three, or four) such similar games?

Microsoft just announced that Minecraft is coming to XBLA. This must be a disappointment to the creators of top-selling XBLIG game FortressCraft, one of the most recent in the genre of “first person multiplayer voxel art mining sandbox roguelikes”. Unlike the owners of Tetris, Notch has no intention of suing, in part because he wouldn’t have a leg to stand on: Minecraft started as a self-admitted clone of Infiniminer (by Zachary Barth, creator of SpaceChem).

You could argue that the world wouldn’t have discovered this new genre if Minecraft hadn’t picked up after Infiniminer was cancelled and iterated on it to make a really great game. On the other hand, the graphical similarities are so obvious it’s embarassing. Barth says he’s flattered that his game design has become so popular, and leaves it at that.

Angry Birds has been in the App Store top 3 for over a year and has made over 70 million dollars. Apple constantly features the game because it’s in their interest to have fewer, more popular games whose household names might intice people to buy an iPhone or iPad. Few games get into the top 10 and they tend to stay there, which makes developing for the iPhone kind of like playing a slot machine.

As you probably suspected, Angry Birds’ gameplay was copied from a Flash game called Crush The Castle. The difference this time is that Angry Birds used a completely different look, having you whimsically toss suicidal birds at pigs instead of cannonballs at armored men. It feels good, it sound good, and it’s obvious why even our parents are playing this game.

Is it innovation if you just change the setting? I know I wouldn’t have been so miffed at the Rebuild clone if you were fighting aliens on a moon base instead of zombies in an identical looking city.

In another case of innovation via higher production values, top-selling iPhone game Tiny Wings is far, far more polished than an earlier game WaveSpark which used the same gameplay. WaveSpark was created as part of a project to write a different game every week, and the creator Nathan McCoy didn’t spend a lot of time making it look good. It goes to show that polish pays. So do cute birds.

It seems that’s what players care about, as McCoy’s request for credit was met with jeering at his game’s simple graphics. I’m hesitant to call Tiny Wings a clone, but I’d like to see developers (and fans) give credit to games that inspired theirs. Do they not for fear of being sued?

QCF Design has finally started preorders for Desktop Dungeons, and last week they briefly had a beta version of the game online (I’m bummed I missed it). They’re being secretive for good reason: they’ve been burned before.

They started off releasing alpha versions of the game as they were writing it, incorporating feedback from the community and growing a tidy fan base. Then one such fan released an iPhone game copying Desktop Dungeons’ gameplay right down to the classes and spell names. After months of friendly but fruitless discussions between the two developers, QCF finally brought in their lawyer and spoke publicly about the situation. The cloner relented and graciously took his game down.

He didn’t seem like a bad guy. He just wanted to make a good game, and Desktop Dungeons was a good game. But releasing it before the original was even finished? Ouch.

I’m just kidding about this comparison, but SimCity was one of the inspirations for my game. So was X-Com and zombie movies like 28 Days Later and Dawn of the Dead. Like I said, all games borrow from other games and I’m happy they can.

I know I’ve gotten all high and mighty, but there’s a line that gets crossed too often. It just ain’t right, and something needs to change! If the law can’t help and distributors like Apple won’t help, at least players can have an effect by respecting the creators of original gameplay and not buying the knockoffs. Or at least give credit where it’s due and play the original games too.

Colin notes that the real tragedy is that the cloners aren’t just stealing a good idea. They are stealing refined, thought out game design that might have taken years to make work. It takes much less risk to just steal great gameplay and polish up the graphics.

Good thing there will always be foolish indie developers who are more interested in making something cool than simply making money.

25 thoughts on “Rebuild: Regarding Clones” 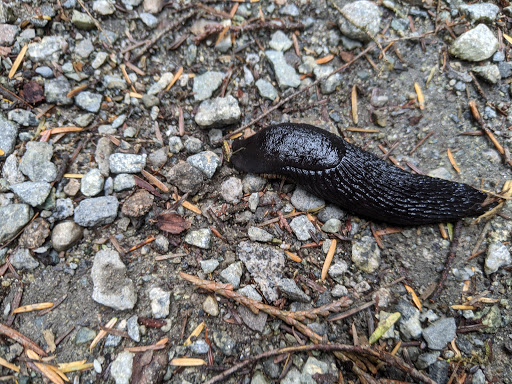 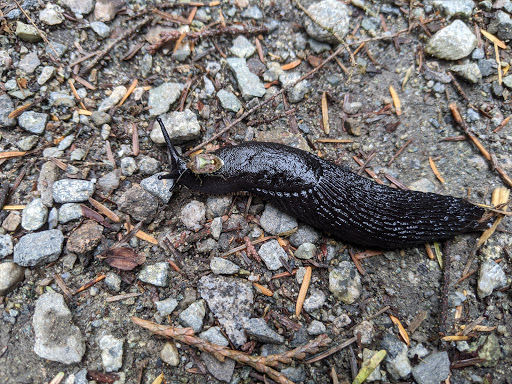 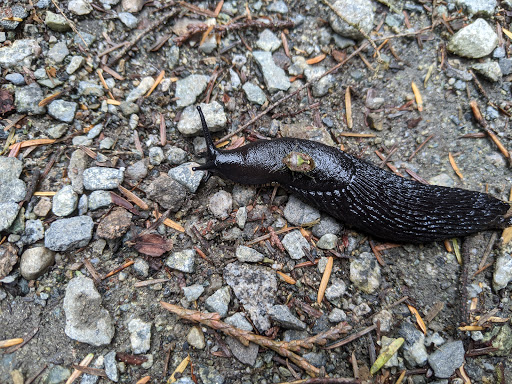 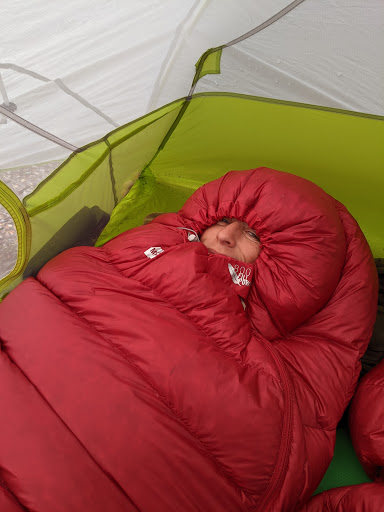 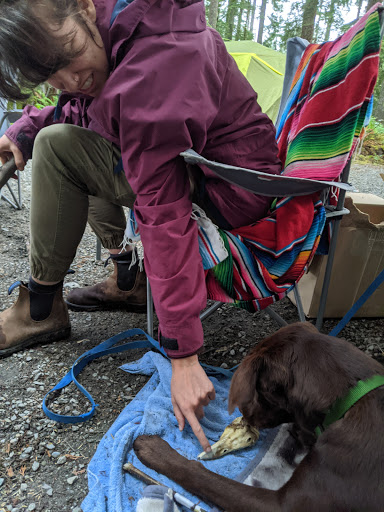 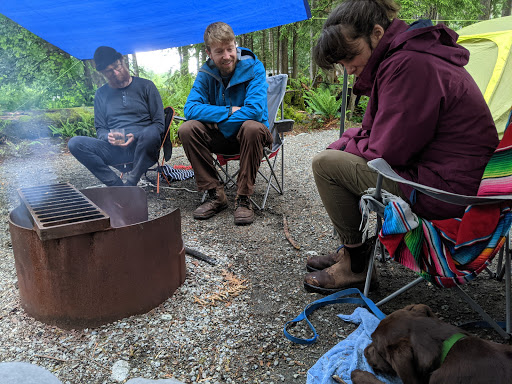