You landed in Panama city two months ago. You haven’t been in a car or a city with a population over a few thousand people in as long. The only sounds you hear all day are the chatter of birds and the few people living in your little corner of San Cristobal, a small island off the east coast of Panama. 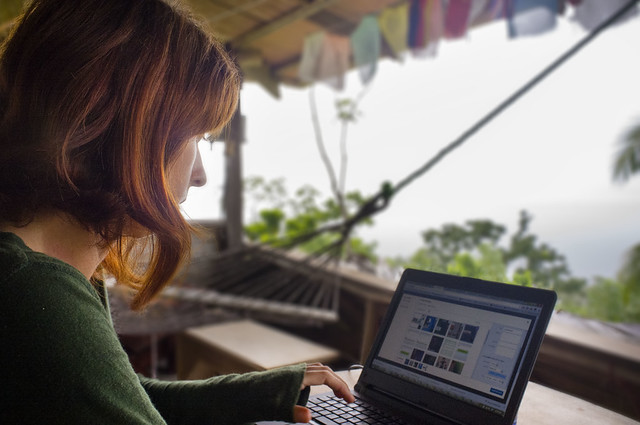 Right now you’re floating, face down, in the ocean that surrounds the island. You’re staring at a jellyfish. The jellyfish has a fat, translucent, mane and long tendrils that trail off into invisibility. Soon, dolphins will leap by the reef and somersault for joy, an octopus will come hunting in the coral and you’ll eat raw oysters you collected off the stilts of the mangroves. For now the water is warm, the jellyfish is new and beautiful and you aren’t thinking anything. Not the game you’re writing, or the Kickstarter your wife is about to start, or how you have to make another long boat trip into town because you’re running low on dried beans.

You bask in the warmth of the water, focusing on now, on the life all around you, and the shoo-shaa of your breathing through the snorkel. In a few months, when you’re surrounded by the busy, vibrant metropolis of Buenos Aires, you will think back to this time on the reef and decide this is what your game should be about.

Deep Under the Sky is a video game by Rich Edwards and myself. In our game, you take on the life of a strange species of jellyfish who live on Venus. These Venusian jellyfish are different from ours: the extreme pressure of the atmosphere makes their environment both like being under water, and like floating in the sky like a lost birthday balloon. They have the same problems as the rest of us though: they need to find food, and they need their species to flourish. The Air Whales help with both. Life in the clouds of Venus is a dangerous compromise between life-buoying pressure and deadly heat. Beneath the sky on the surface of Venus, the temperature is 450 degrees Celsius and the air pressure is 92 times that of earth. The jellyfish would be instantly incinerated there.

Higher up, where the temperature more tolerable to life, the pressure is too low to keep beings aloft. The Air Whales solve this problem with huge siphons that hang ten kilometers down to the hotter air beneath. They act like living zeppelins kept up by hot air drawn from the depths below. The jellyfish fly from one whale to the next, so each pod of Air Whales is like a life-sustaining archipelago, or a coral reef.

They also look to the Air Whales for a meal. The Whales are constantly leaking hot air through vents to keep themselves neutrally buoyant. Colonies of microscopic bacteria live off the hot air drawn up from deep under the sky. This creates an ecosystem where the Jellyfish feed off creatures just as tiny as their Terran brethren do. 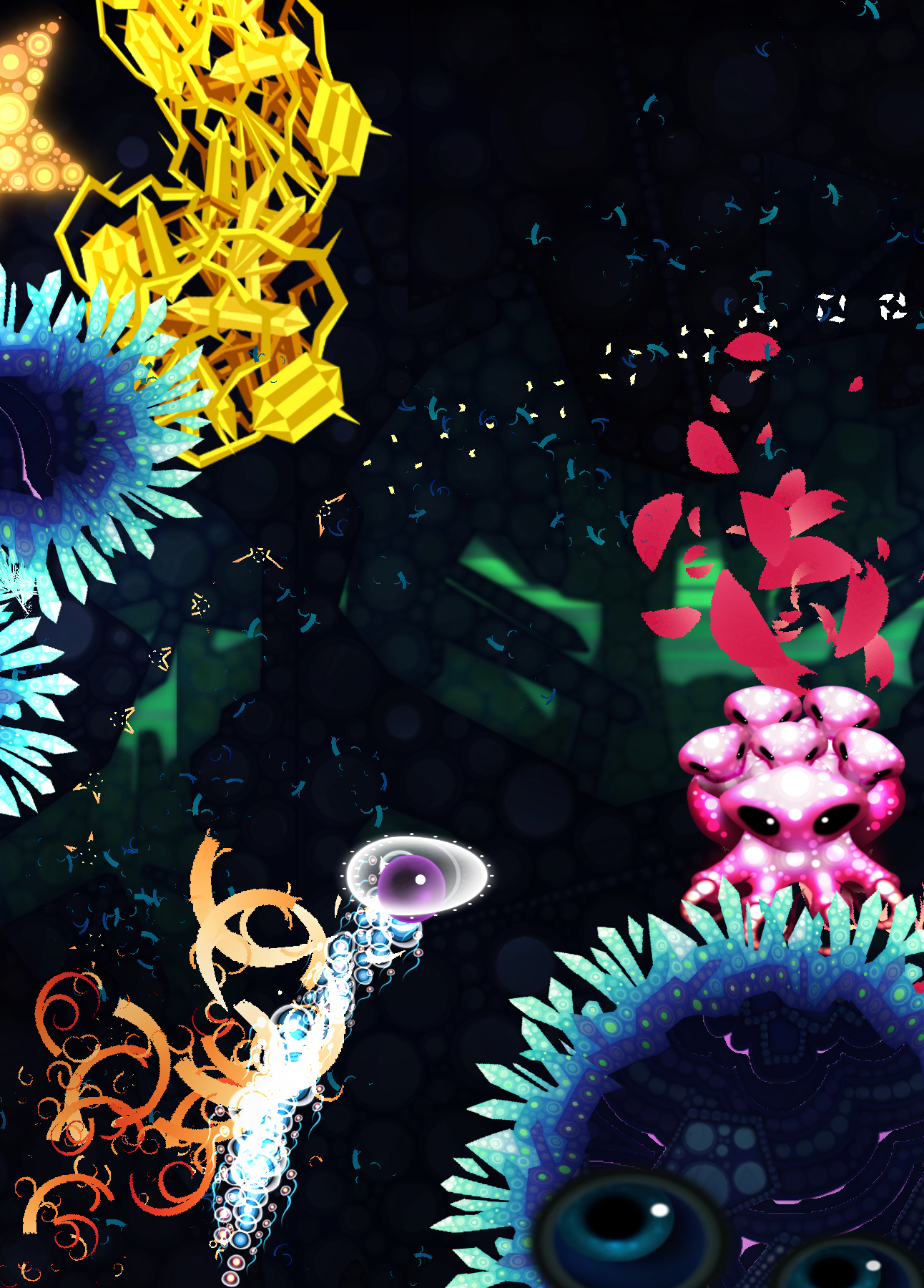 This is the world our game lives in. It’s wonder is inspired by encounters with iridescent comb jellyfish, the dance of colour-changing cuttlefish, and by swimming on a moonless night in an ocean aglow with bioluminescence, where a hand pushed through the water seems to burn with green flame. The gameplay is inspired by riding and tumbling in waves too powerful to control, skipping across the water on a kiteboard, and the feeling of leaping off a cliff, momentarily weightless, before plunging into that quiet, blue-green world below.

But the game is about “now”: the flow of this moment into the next into the next. Your own mind not focused on the fact that your internet connection has been dead for three days, that a dog stole your flute, that the mosquitos will be back tonight. You’re just floating and enjoying the jellyfish.

One thought on “Deep Under the Sky”